Learning from peers within your industry and across other industries can help provide direction for your organization. Let’s look at the approaches three unique organizations took when creating their succession plans.

In 2009, the chairman of the Mastercard board, Rick Haythornthwaite, and Ajay Banga, a Citigroup executive, met for the first time. They intended to discuss the possibility of Banga joining Mastercard as the CEO. However, their conversation evolved into discussing how they both preferred to avoid externally filling the CEO position in the future. The following year, Banga was appointed the new CEO of Mastercard. His initial conversation with Haythornthwaite did not fade into oblivion; Banga and the board worked from early on in his time as CEO to create a succession plan for his future successor. With ample time to prepare, the focus of their succession plan spanned several methods and considerations; they cast a wide net for candidates, included the board through the entire process, diversified candidates’ experiences, provided mentors, and consulted with an outside advisor. As a result, the organization began to develop talent at every level, which benefited the company across all departments. By focusing on starting early, Mastercard developed talent and a plan to fill positions throughout the company, providing a great advantage to the organization and its people.

AFC Ajax is an Amsterdam-based football club that has won the European Cup Championship four times. However, today much of Ajax’s notoriety comes from their incredibly successful youth academy, De Toekomst—The Future. To compete with the wealthier clubs in England and Spain, Ajax began a youth academy to groom and train young athletes to be great players and someday fill their bench. By identifying talent early on, Ajax has produced phenomenal players and inadvertently created a new problem for the club. Teams with more money, prestige, and winning records are recruiting their most extraordinary homegrown talent.

Rather than being perturbed by the situation, Ajax has found new opportunities for growth. A recent partnership has taken the Ajax philosophy to a youth program in China. They have also opened an office in New York City to tap into the US market. By expanding their youth programs, they have a larger pool of young talent to train and they capitalize on the sale of players who choose to play for larger teams. Despite many great players leaving to play at other clubs, Ajax’s ability to identify and develop talented players early on has left the organization with a strong bench of young players ready to step up to the first team and a healthy amount of transfer fees to add to their bottom line.

In 2013, Steve Ballmer resigned from his position as CEO of Microsoft. Believe it or not, Microsoft had not planned for who would succeed Ballmer. Finally, after a six-month rollercoaster, the board settled on a new CEO. Enter Satya Nadella. As CEO, Nadella brought new life to succession planning and talent management at Microsoft.

Microsoft’s approach to succession planning is heavily focused on consistent, continuous conversations and reporting on the company’s top talent. The Talent Talks program focuses on the top three levels of leadership within the organization. The goal is to identify the internal candidate pool, strengthen the bench, review the inflow and loss of talent, and ultimately prepare for the company’s future leaders. Rather than a once-per-year review, the Talent Talks program is meant to give an ongoing awareness of the company’s top talent and encourages each leader to discuss and identify their successor. Microsoft decentralized the process of succession planning by involving more leadership levels. This approach also highlights the importance of continuously nurturing and updating your plans over time.

The former and current chairs of Mastercard on executing a strategic CEO succession. Harvard Business Review
Why the Ajax Academy is one of the best in the world. Sportskeeda
From Cruyff to de Ligt: The evolution of Ajax’s $500 million football factory. CNN
The High Cost of Poor Succession Planning.* Harvard Business Review
Microsoft CHRO: A Conversation About Succession Management. *Gallup**
AFC Ajax. *Football History
Microsoft Reveals the Secret to Superior Succession Planning. *Human Resource Executive 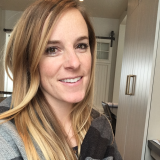