What does PTO stand for? PTO stands for paid time off. Businesses may use this term instead of vacation time, sick leave, personal leave or other terms used to indicate their policies regarding an employee’s paid time away from the workplace.

Some businesses track time off based on the separate categories mentioned above, such as vacation days, personal days or sick days. Conversely, PTO policies combine all types of leave time together, allowing employees to use the time as they need it for sick leave, vacation or other personal needs.

Historically, companies have tended to separate employee time off tracking into separate categories but in the last couple decades, PTO policies have increased in popularity across the United States. Surveys by WorldatWork.org show PTO banks have increased from 28% usage in 2002 to 43% usage in 2016, whereas traditional systems decreased in usage from 71% in 2002 to 52% in 2016. With this rise in popularity, there is a lot of interest from employers and employees in PTO.

How does PTO work?

Based on the company’s policy, employees would accrue PTO hours each pay period or receive it in a lump sum at a designated time throughout the year, like January 1st or the employee’s workplace anniversary. The accrual amount is often based on an employee’s tenure with the company. An employee can then use the PTO hours to take vacations, stay home when sick or when a child is sick, or take care of appointments during work time or other personal reasons.

What does PTO mean for employees?

A PTO policy allows more flexibility for employees. If working for a company under a traditional leave policy, you may accrue sick time that you don’t need, which you would rather use for an extended weekend getaway or for other personal reasons. A PTO policy allows employees to use their time away from the office at their own discretion, whether it be for vacation, a day to recover from illness or whatever the need may be.

In addition to flexibility, a PTO policy might offer employees more privacy in that they don’t have to declare the type of leave they’re requesting such as in a traditional system.

What does PTO mean for employers?

A PTO policy could be a selling point when recruiting new employees and in retaining current ones. Benefits play a large role in an employee’s total compensation package and giving employees the flexibility of a PTO bank may give your company an edge in recruiting efforts. Other reasons PTO bank systems have been adopted by employers include cost effectiveness, an effort to reduce absenteeism and to improve employee morale.

Should you make the switch?

With PTO policies on the rise, should you make the switch? Traditional systems can be more time intensive than PTO, meaning less time employees could be spending on other tasks. However, any change should be considered carefully and communicated clearly before it takes place.

Some drawbacks to PTO policies might include employees coming to work when ill in order to “save” their paid time off for things such as a vacation. Whereas under a traditional system, if an employee knows they have designated “sick” leave they might be m5730ore inclined to stay home. Along the same lines, PTO employees could potentially use up their leave time early in the year and not have time to take in the event of sickness later in the year.

Another drawback for employers in some states could be the mandate to pay out time off upon termination, whereas under a traditional system an employer would pay out for vacation time, but not sick leave.

On the flip side, these drawbacks are countered with the advantages of a reduction in unplanned absences and the associated costs that accompany unplanned absences. The flexibility of PTO policies also tend to be a big selling point with employees. Overall, flexibility seems to be the clear advantage of a PTO policy for employees while simplicity is the main attraction for employers. 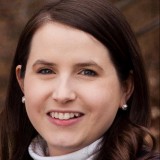