How to Apply for a Job Confidently, Without Being Obnoxious

I remember being in a college class where one of our assignments was to create a resume and a cover letter, as if we were applying for a fictional job. The instructor explained what to include in both documents and how to format them. We were then given some instruction on the tone we should take. I remember the specific advice was to “be confident”. We were told to express confidence that we were the right candidate for the job and that we looked forward to our interview; and we were told to sound like we knew we’d get an interview. I guess it was some sort of “power of the mind” thing where if we put out the positive vibes to the universe, then it would actually happen that way.

Now that I’m on the other side of the hiring table—reading resumes and cover letters to decide who gets an interview—it looks to me like most applicants have taken a similar college course and are following the instruction to “be confident”. Although certainly well meaning, I think this advice about confidence is incomplete and I’d like to improve upon it as follows:

A lot of the cover letters and resumes I read do sound confident in tone. Unfortunately, though, a lot of this confidence is misplaced and at odds with what is actually in the resume.

For example, let’s say I post a job for a Web Developer that includes some minimum requirements, such as 2+ years of web development experience in both back-end and front-end technologies. I’ll undoubtedly receive quite a few applications where the cover letter says something like, “I’m know I’m the person you’re looking for and I look forward to scheduling an interview!” As I review one of these confidently-written applications, here’s what often happens:

Problem 1: When I look at the resume, I see that the applicant has a degree in social work and is currently working as a bank teller. The applicant’s previous job was as a server at a restaurant. That’s it. No web development education or experience listed anywhere. I’ve clearly stated my minimum requirements. And yet the candidate is positive that they are the right person despite the fact that their resume doesn’t meet any of my stated needs!

Problem 2: The applicant is essentially saying they know what we want and they know they’re getting an interview. Do they actually know that? No. But I think these applicants are merely following the advice they’ve been given to be confident. They don’t realize that their misplaced confidence isn’t helping their case; it’s hurting it. This approach leads me to believe they either didn’t read the job description, or they think confidence alone is enough. Either way, it’s an automatic disqualification.

Now, you might be thinking, “Why come down so hard on someone who is taking a gamble to apply for a job that might be a stretch?” Good question. In my opinion there’s nothing wrong with stretching for a job that might be a bit beyond your qualifications. But, you need to be self aware and realistic about doing this. Trying to sound confident isn’t going to fool me into thinking you’re perfect for a job that I actually know you’re under-qualified to do.

The Right Way to Be Confident

So what’s the right way to stretch for a job? What might impress me into giving you an interview?

I’ve hired people who didn’t exactly meet the qualifications that I posted for a job. I hired them because I believed they could get to where I needed them to be or because they helped me realize that they could contribute in other ways. It wasn’t because they simply said they were perfect for the job. Instead, they followed the steps above and persuaded me to take a risk and give them a chance. And I’m so glad that I did! 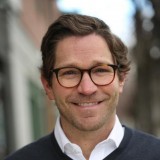